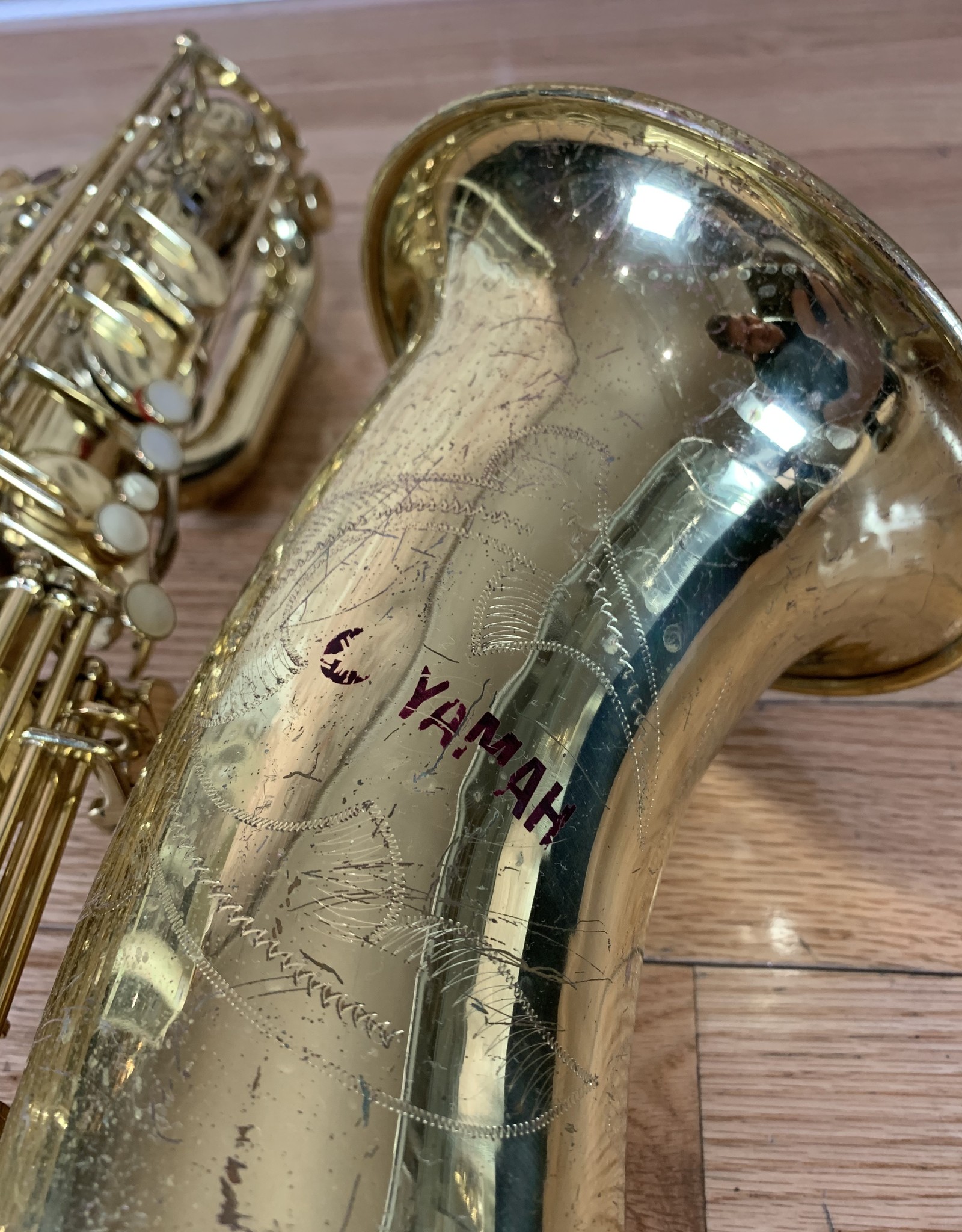 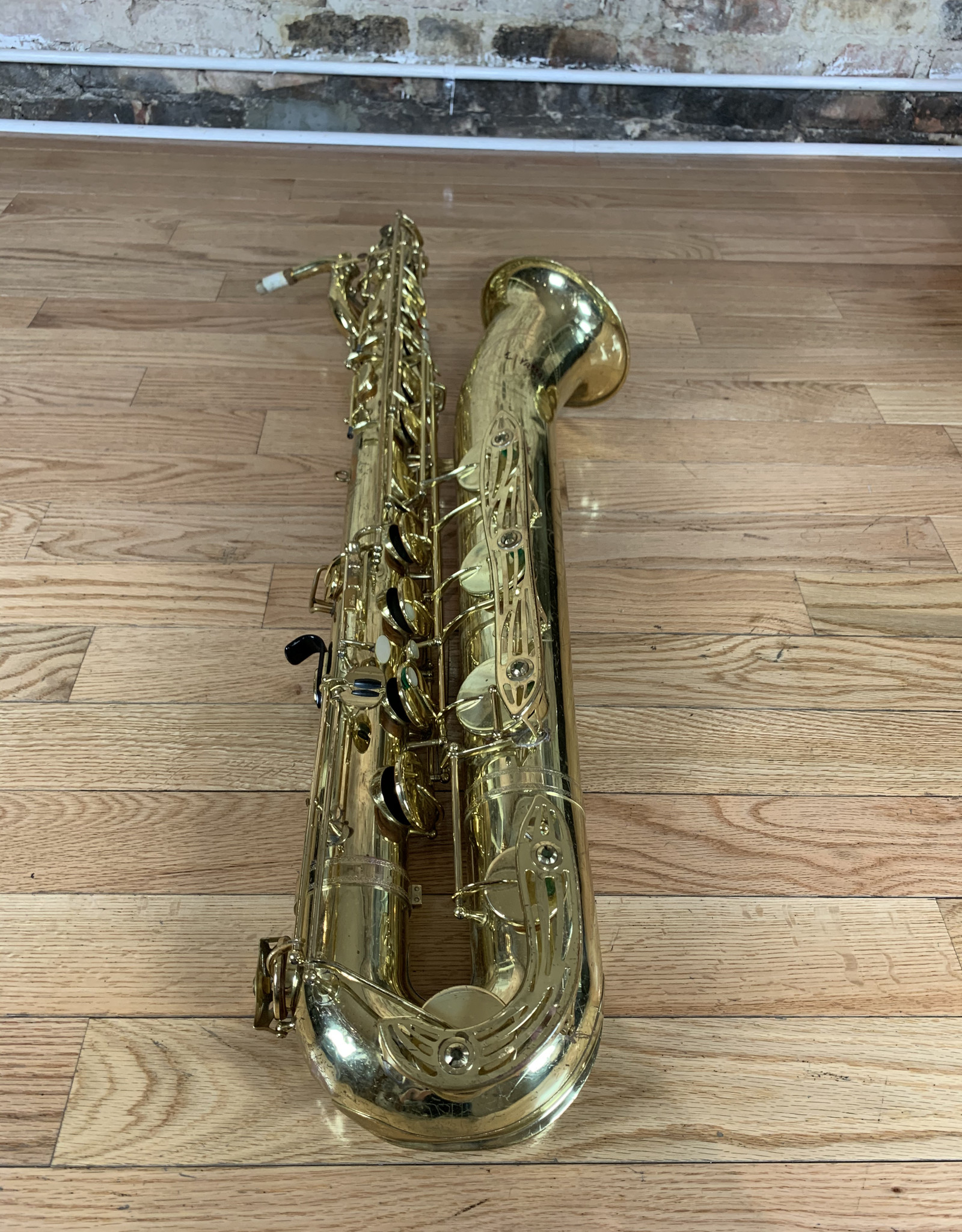 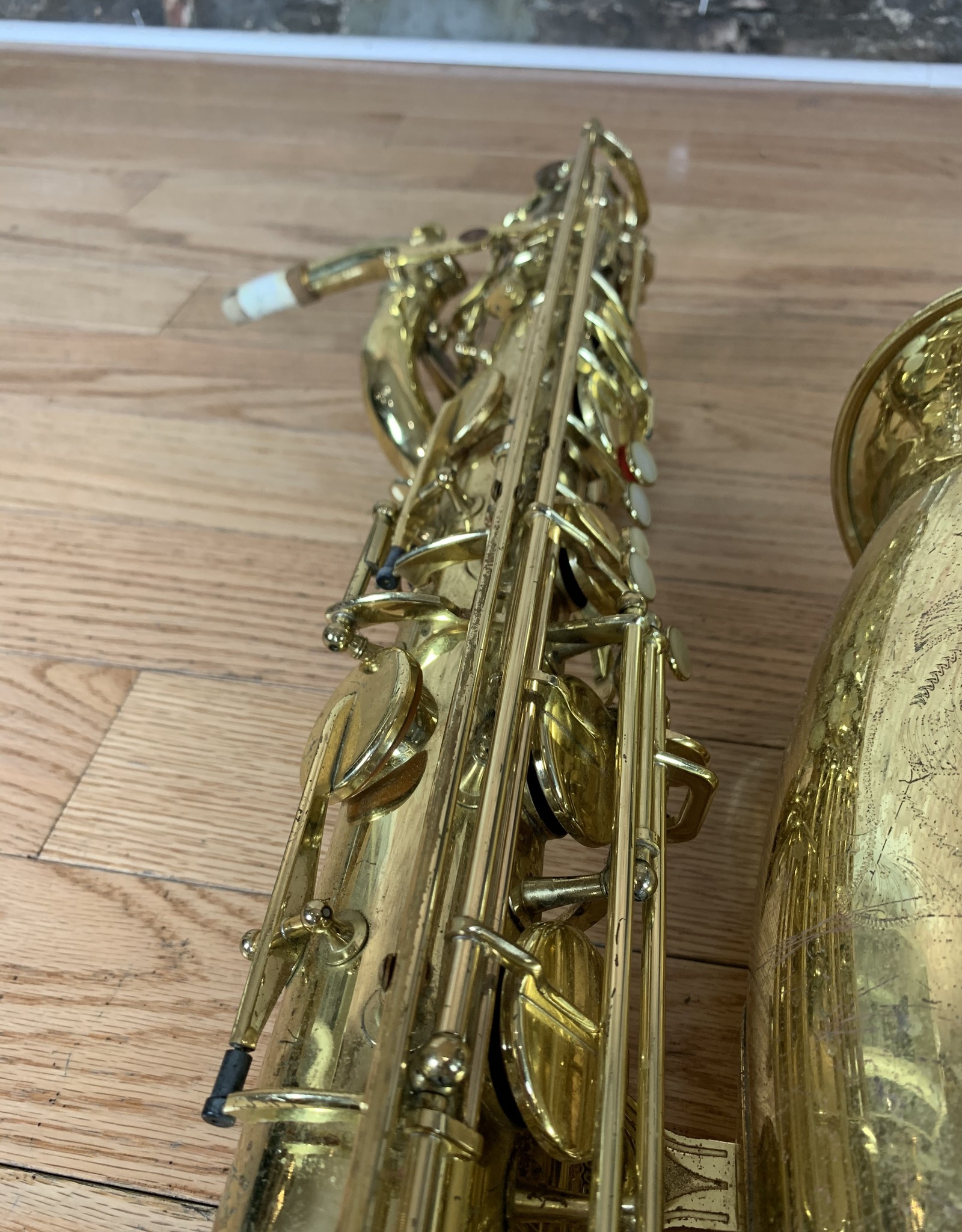 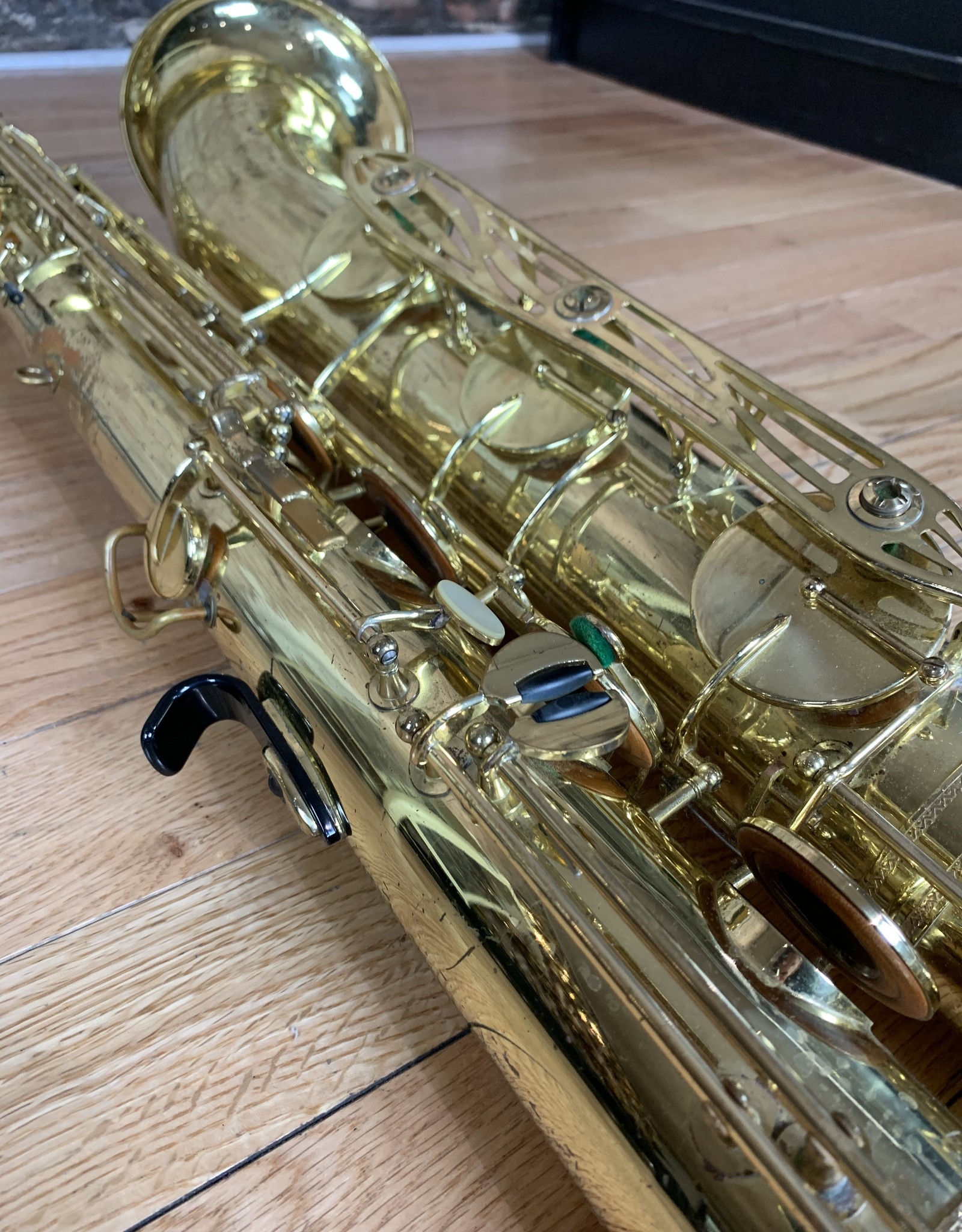 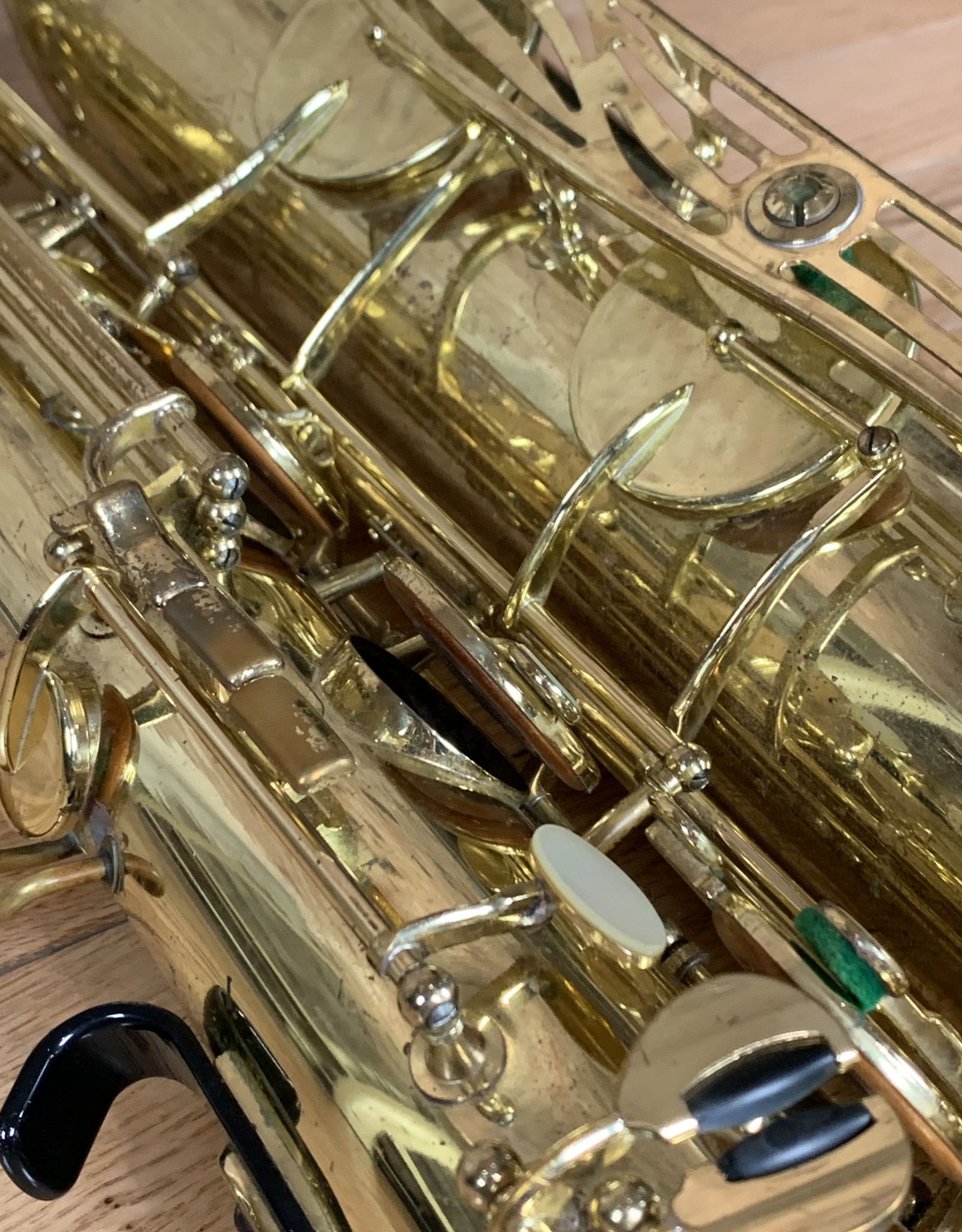 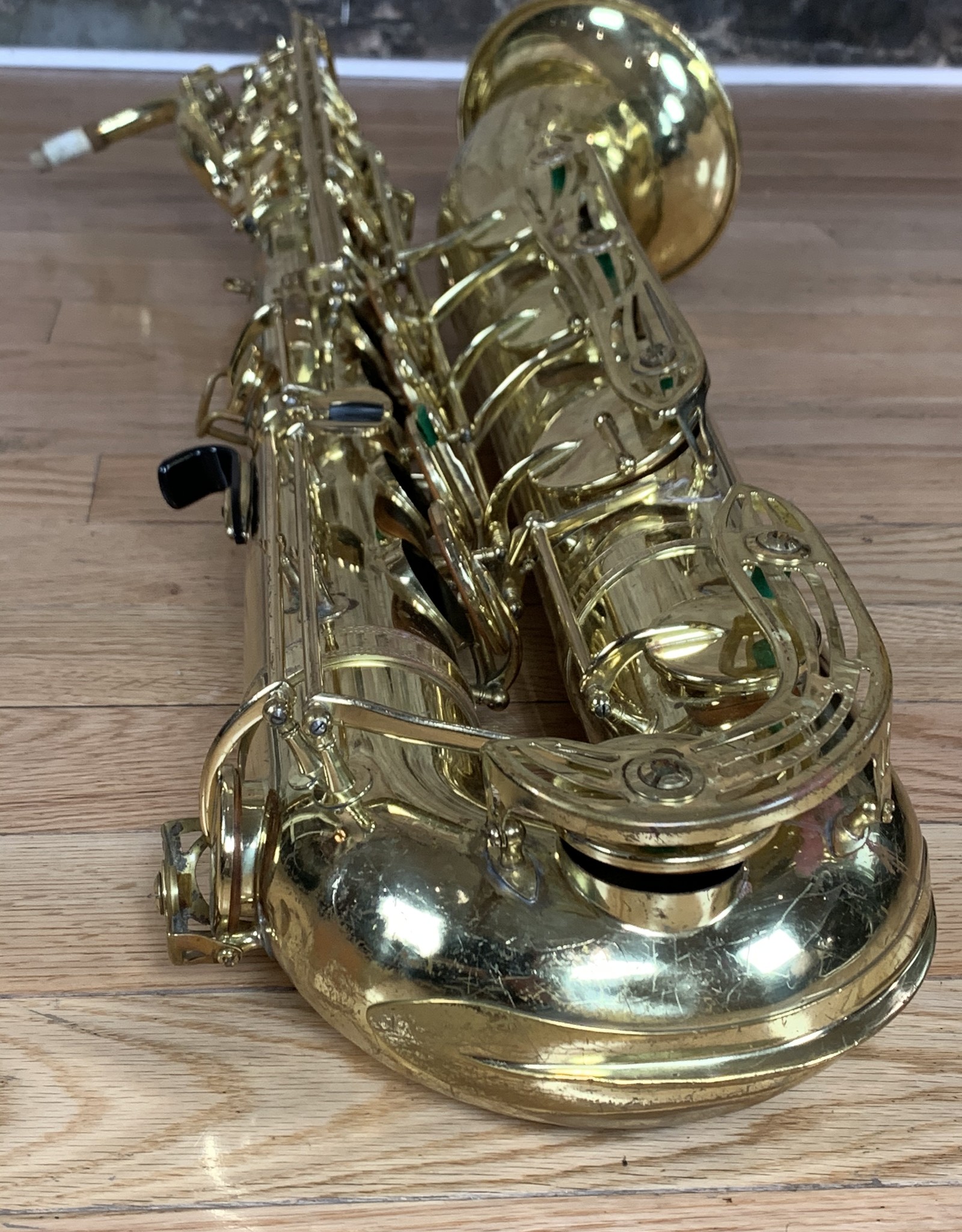 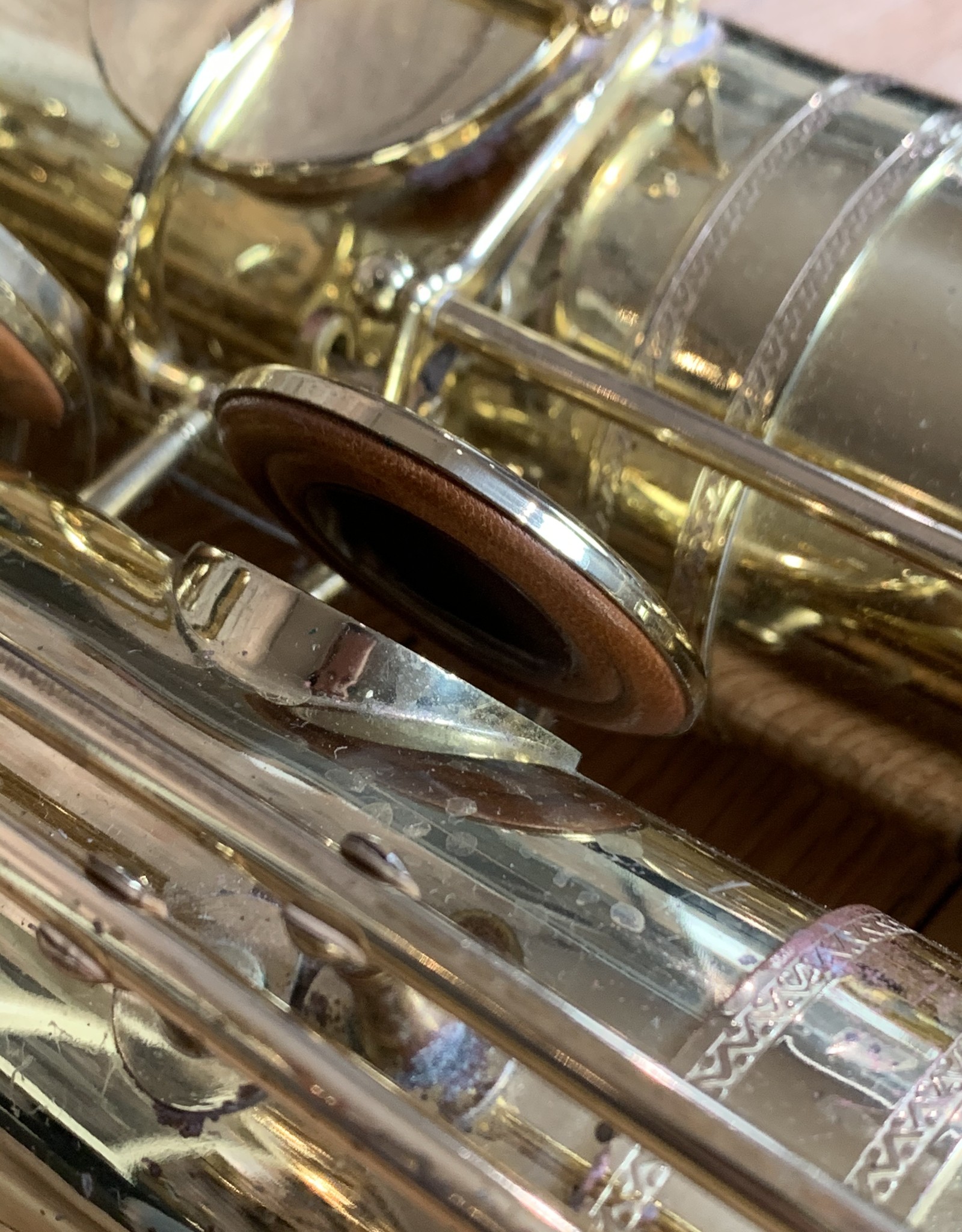 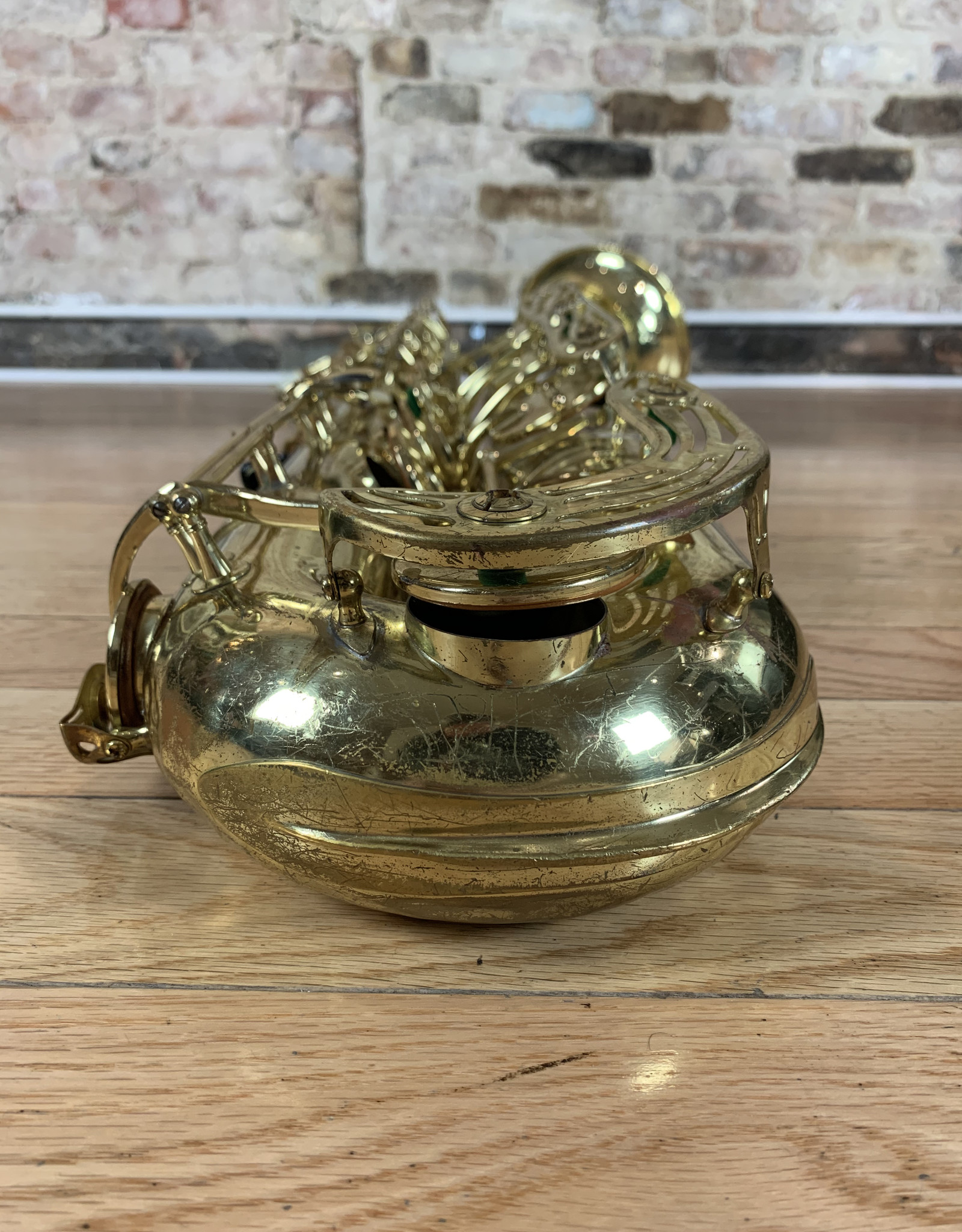 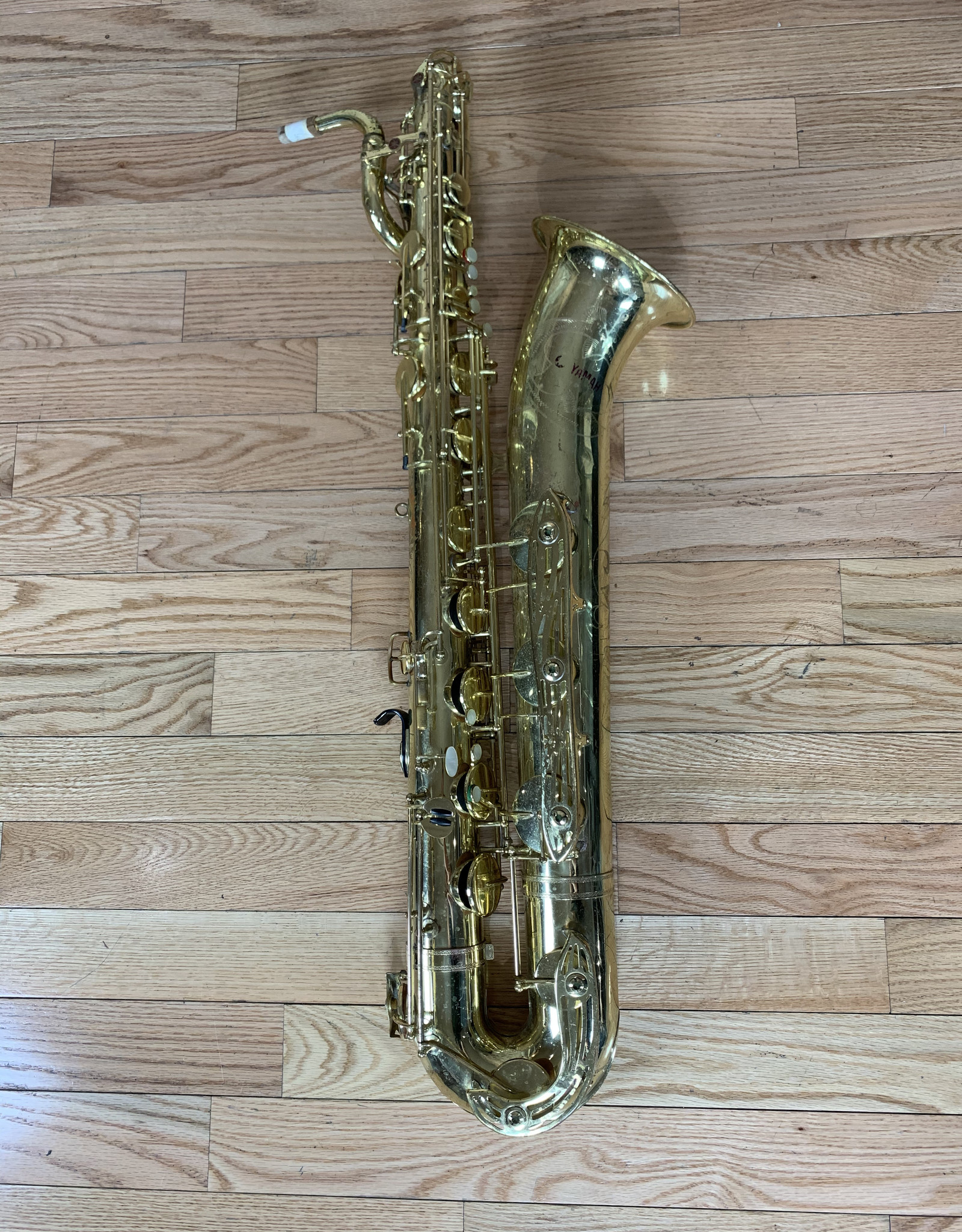 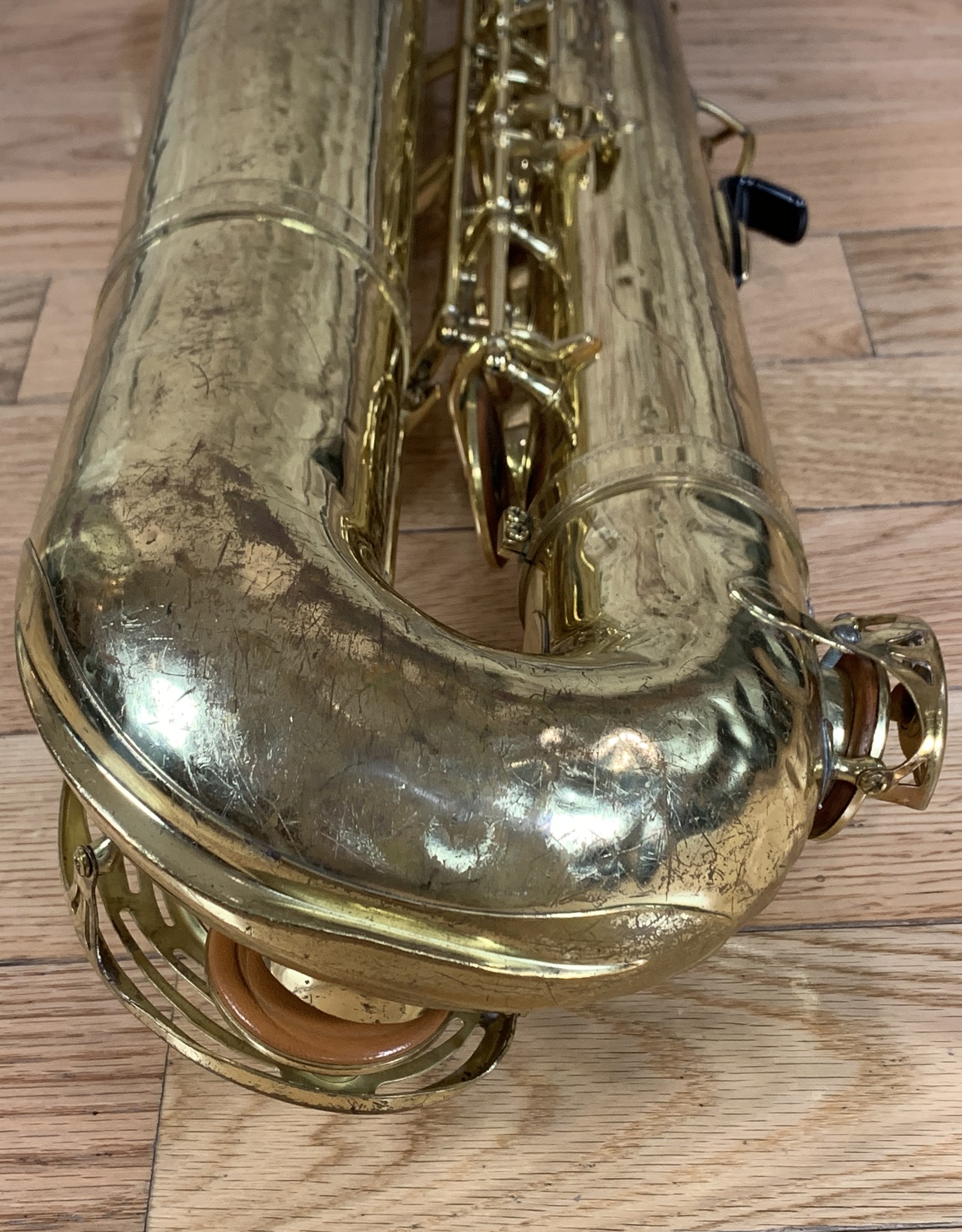 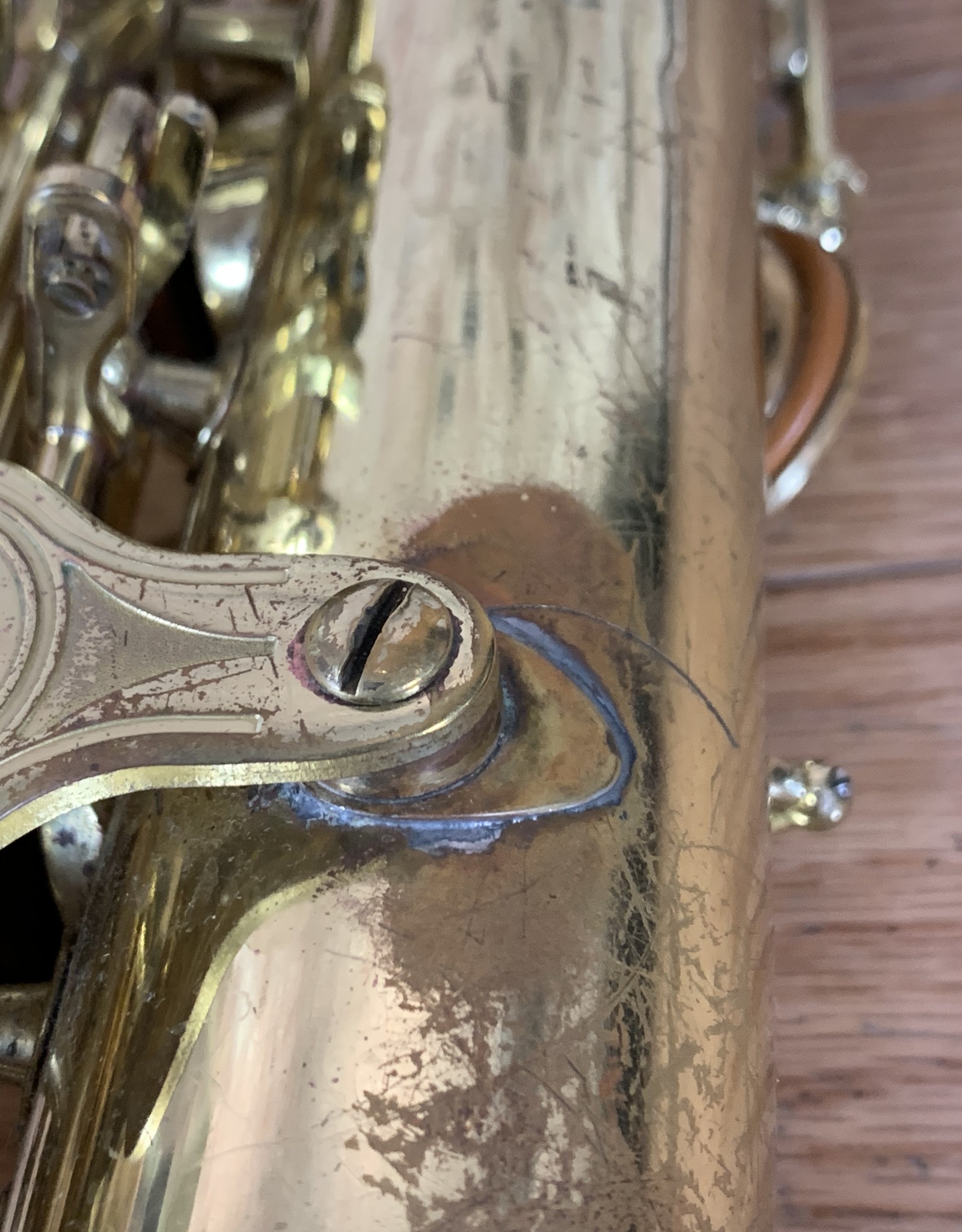 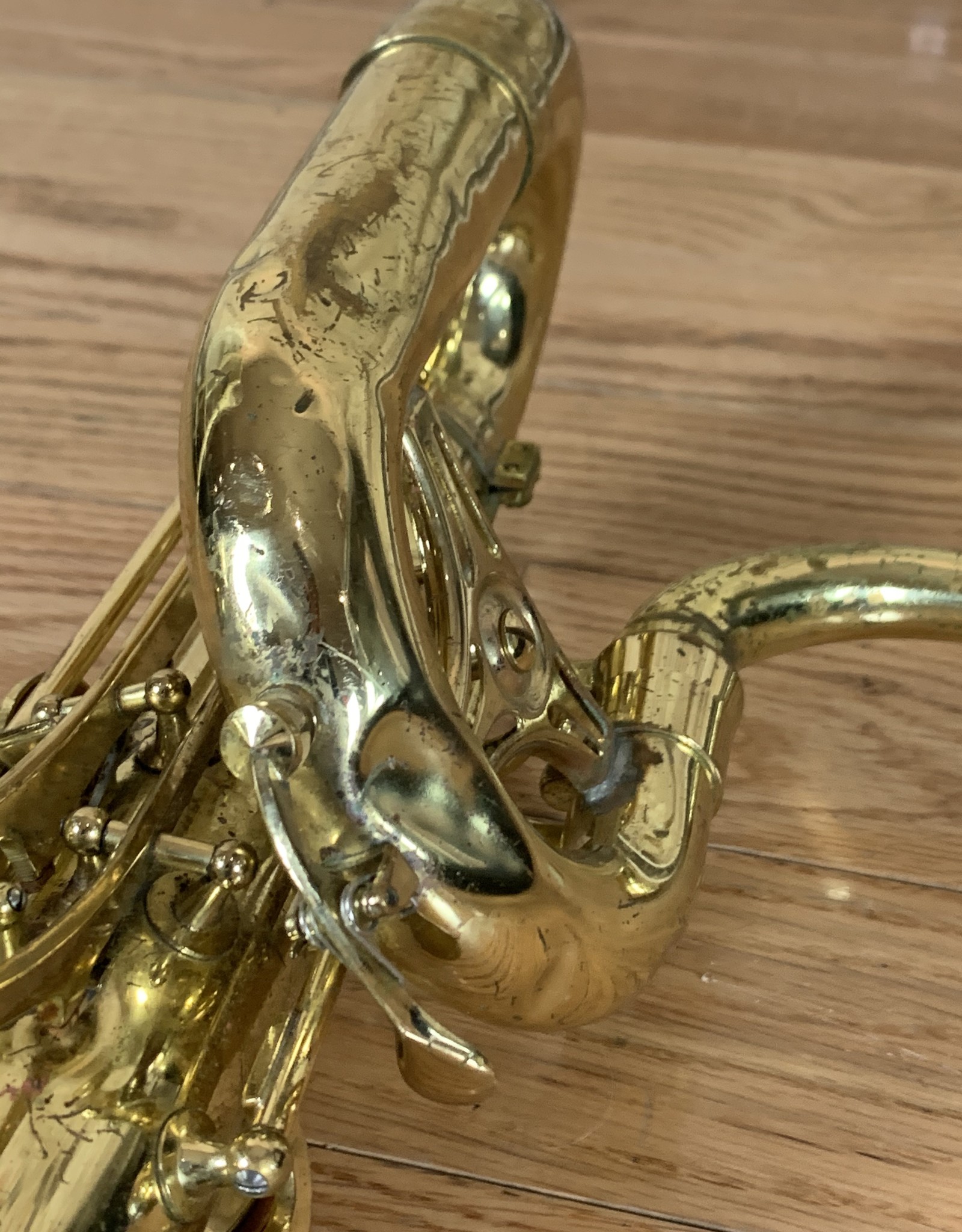 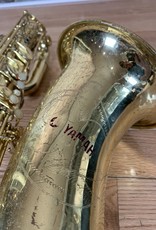 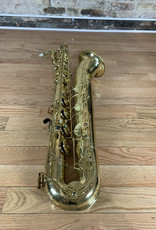 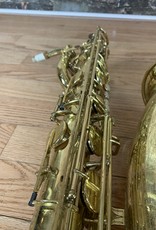 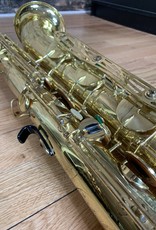 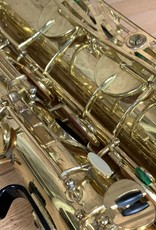 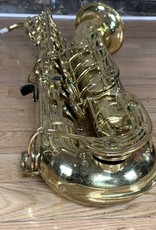 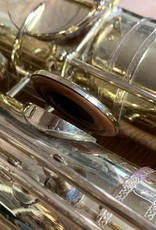 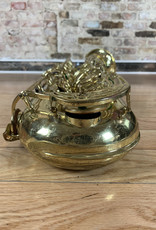 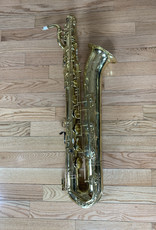 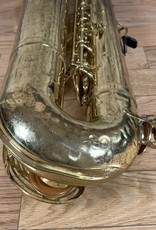 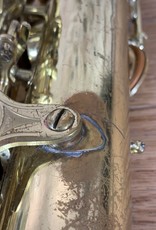 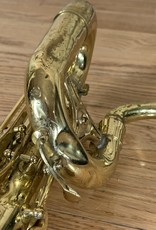 These are really great Baritone Saxophones! It’s currently still in playing condition but would require a full overhaul to bring it to its former glory!

Sold As is in playing condition at $2600

From 1974 through 1984 Yamaha created what I and many others consider one of the best baritone saxes ever created. It’s tone is clean, clear and with minimal coloring from the horn. Simply put this horn and all Yamaha horns from this point forward, allows the saxophone to sound like the musician playing it. With a Yamaha you can sound like yourself and in turn develop a unique sound that is identifiable. Many other baritones have a strong inherent  tone that can be colored by the musician but will always sound like itself. Conn 12m and Selmer Mark VI’s tend to have “the tone” and is usually identifiable as what it is regardless of who’s playing it. Mind you there’s nothing wrong with that if it is a sound that you like but Yamaha gives their players blank slates to paint with.

The YBS-61 and subsequent models all feature Yamaha’s nearly perfect ergonomic keys system. From the location of key touches, side keys, and palm keys to neck angle and low-a key placement, Yamaha set the standard for playability. If you’ve ever played a vintage Conn 12M then you too must have wondered just how large of hands people in the early part of the 20th century had. The key touches are nowhere near comfortable for people with average hands let alone children or smaller adults. The key touches are aligned in an almost straight line which is in no way ergonomic. The palm keys touches are no better either. The are all in the same plane which doesn’t match the natural arch of the hand while playing. Let’s not forget the right hand side keys. The high F/Eb key is flat across its touch and provides no natural resistance to movement across it’s face. This means you can easily overshoot it during a particularly difficult passage